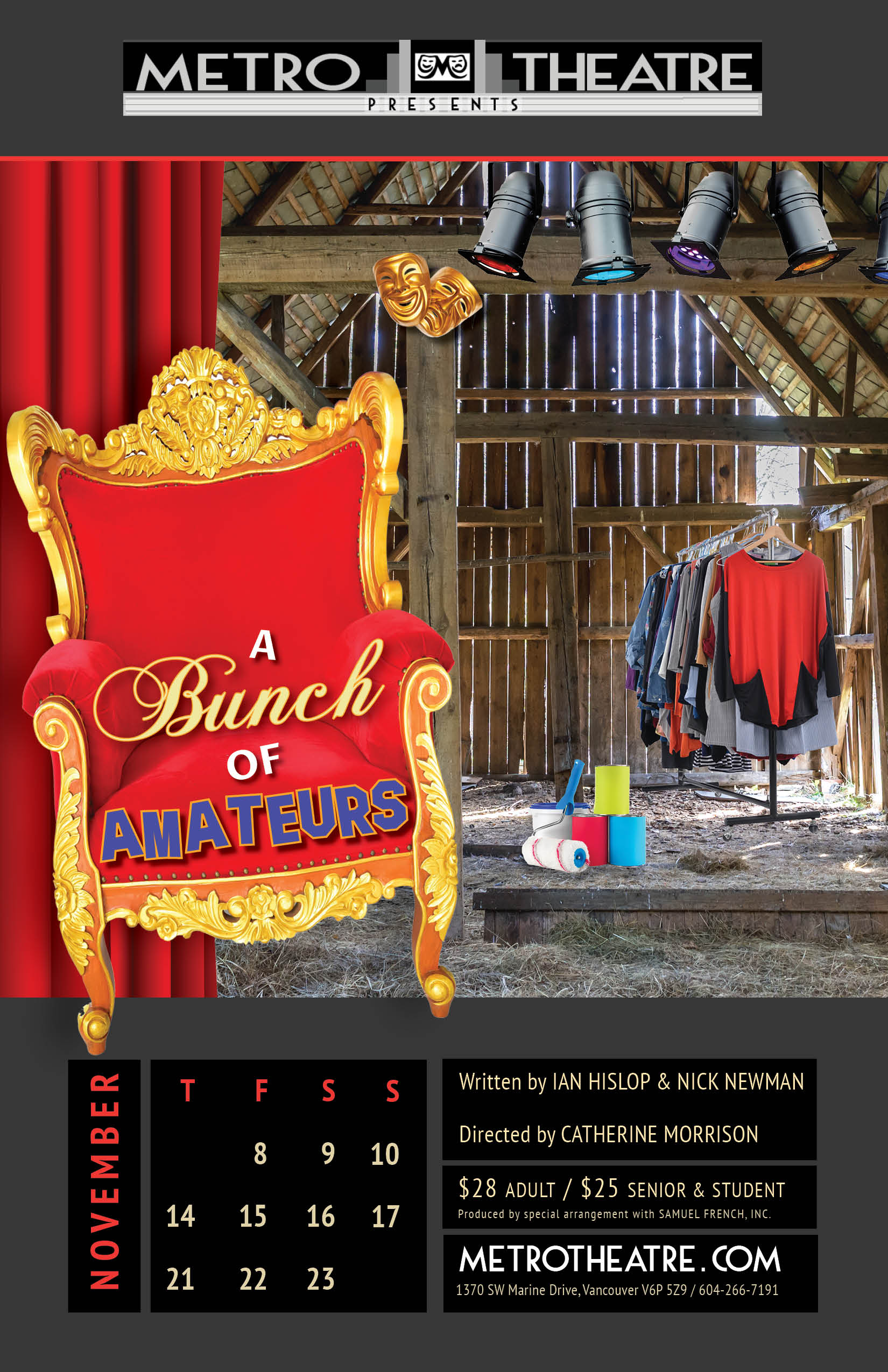 A BUNCH OF AMATEURS

× Keen to boost his flagging career Hollywood action hero Jefferson Steel arrives in England to play King Lear in Stratford; only to find out it’s the wrong Stratford. His co-stars are not Kenneth Branaugh and Judi Dench , but a group of enthusiastic amateurs trying to save their theatre from developers. A comic clash of two worlds collide particularly when Jefferson’s estranged teen-age daughter arrives. Can he be a better father – can he be a better actor?